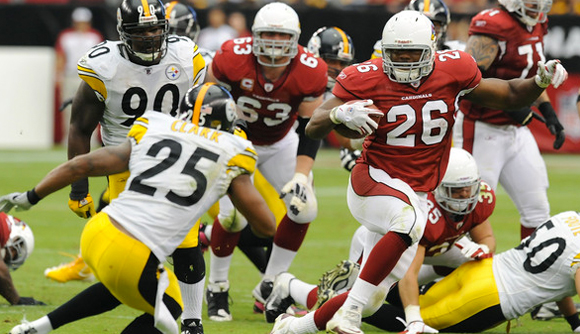 These teams will meet for only the second time since they played in Super Bowl XLVIII, where a spectacular catch by wide receiver Santonio Holmes ended the hopes of the Red Birds to win the Lombardi Trophy. The last game between these teams was four years ago in the desert, and the Steelers took the victory by 32-20 with three touchdown passes from quarterback Ben Roethlisberger. Pittsburgh dominates the series with 33 wins in 59 meetings and has won four of the last five. Mike Tomlin’s team is favorite in the NFL betting lines with -2.5 to win this NFL week 6 matchup and in the last five games of the series it is at 4-1 SU and 3-2 ATS.

Player to watch: Wide receiver Antonio Brown was the leader of the league last season with 1,698 yards, but in this game he will have the difficult task of overcoming cornerback Patrick Peterson, who has been elected four straight years to the Pro Bowl.